A Fellowship of Writers 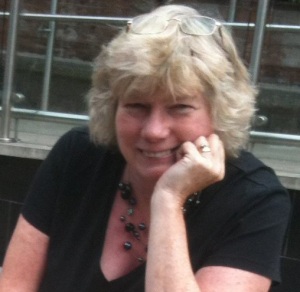 Sue was born in Wales some time during the last millennium.

After graduating from Durham University with a degree in French, she returned to Manchester (where she had spent her formative years) and got married, then had a variety of office jobs before leaving the world of paid employment to become a full-time parent.  If she had her way, the phrase “non-working mother” would be banned from the English language.

Sue has dabbled with writing for most of her life.  Her first success was at primary school, where she won a competition run by Cadbury’s which involved writing an essay about chocolate.  Her prize was a tin containing a selection of Cadbury’s products.  She still has the tin to this day, and keeps it as a reminder of her humble writing origins.  The chocolate is long since gone, but the tin is now home to her supply of pens and pencils.  In recent years she began to take writing more seriously and studied a series of writing courses with the Open University.  As well as having work published in Best of Manchester Poets (Volumes 2 and 3), her achievements have included winning a T-shirt for writing a limerick (which summed up the plot of Macbeth in five lines) and winning first prize in Writing Magazine’s poetry competition for new subscribers.  She is a member of the editorial team of Crooked Cat Publishing, who will also be publishing her debut novel The Ghostly Father (a new interpretation of the Romeo & Juliet story) in February 2014.

Sue’s mind is sufficiently warped that she has also worked as a question-setter for BBC Radio 4’s Round Britain Quiz – a phase of her life which caused one of her sons to describe her as “professionally weird.”  She lives in Cheshire and Anglesey with her husband and a large collection of unfinished scribblings.